Anti-Bullying – What it means for Employers

The New Anti-Bullying Regime – What it means for Employers 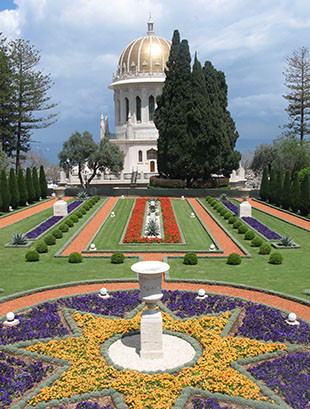 The Fair Work Act’s new anti-bullying regime has now been in operation for just over 4 months. It was feared that there would be a deluge of claims to the Fair Work Commission (“Commission”), however this has not been the case. In the first 3 months of operation, there have been only 151 applications. The Commission’s report published last month, indicates that it finalized only 8 of those complaints and only issued orders on 1 occasion. Does this mean the jurisdiction has no teeth and is not as useful as initially anticipated in preventing bullying in the workplace?

In the two most significant decisions, the Commission has shown that it can have significant impact on the manner in which employers deal with these issues. Senior Deputy President Drake, in the Applicant v Respondent PR548852 (21 March 2114), made some far reaching orders that will affect the manner in which the employer now conducts its business. SDP Drake ordered that the employee, the subject of the bullying application must have no contact with the Applicant employee alone, cannot send emails or texts to the Applicant employee, cannot raise any work issues without notifying the COO or his subordinate beforehand, and that the employee and Applicant effectively have no contact with one another. These orders were not time limited. That is to say that they continue to have full effect until they are modified by the Commission. This means they will continue to have full effect possibly years after the decision.

In a decision made on 12 May 2104, the Commission clarified what is meant by “reasonable management action” and also shed some light on the role of external investigations, and their utility. The Applicant complained that she had been bullied by one of her subordinates and the acquiescence of her employer in that conduct. She also complained about the conduct of her manager and the conduct of the Human Resources staff. The Applicant had received 2 bullying complaints against her by 2 subordinates. The claims were accepted by the employer and investigated. Although, the employer concluded that there was no bullying by the Applicant, the Applicant alleged that it took no steps to prevent further complaints from being made, failed to prevent bullying by another employee and did not provided her with adequate support. The Applicant also alleged that the employer did nothing to prevent and protect her from malicious rumours in the workplace.

The behavior needs to create a risk to the health and safety of the applicant. However, reasonable management action carried out in a reasonable manner does not constitute bullying. The commission stated that in determining whether the management action was reasonable and carried out in a reasonable manner requires an objective assessment of the actions in the context of the circumstances and knowledge of those involved at the time. The emotional and psychological health of the worker involved may also be relevant. The Commission stated that the test is whether the action is reasonable, not whether it could have been “more reasonable” or “more acceptable”.

The decision is useful for a number of reasons. Firstly, it clearly examines what can constitute unreasonable repeated behavior, and although it concluded that the employer’s behaviour was reasonable in the circumstances, it highlights the depth to which an employer’s business practices will be scrutenised by the Commission. Secondly, it recognizes the utility of independent investigations as long as they are carried out in an appropriate and reasonable manner. Lastly, it also an illustration of how the jurisdiction can be used by disgruntled employees who are not happy with the manner in which they are being treated by the employer or fellow employees.

Despite the relatively few cases that have come before the Commission since the introduction of the new bullying regime, the few cases that have been decided indicate that the regime can in fact have far reaching powers and have a real and immediate effect on the workplace. It is clear that the Commission will look closely at the manner in which an employer conducts itself and it internal processes and procedures. Clearly if these are lacking or carried out in an unreasonable manner, there is room for adverse findings. It is also clear that given orders that can be made against any workplace participant including other employees, the employer has an increased duty to ensure its employees behave appropriately.

We suggest that all employers take the following steps to ensure they are best placed to deal with any possible bullying application.

Ready to get started or need help?